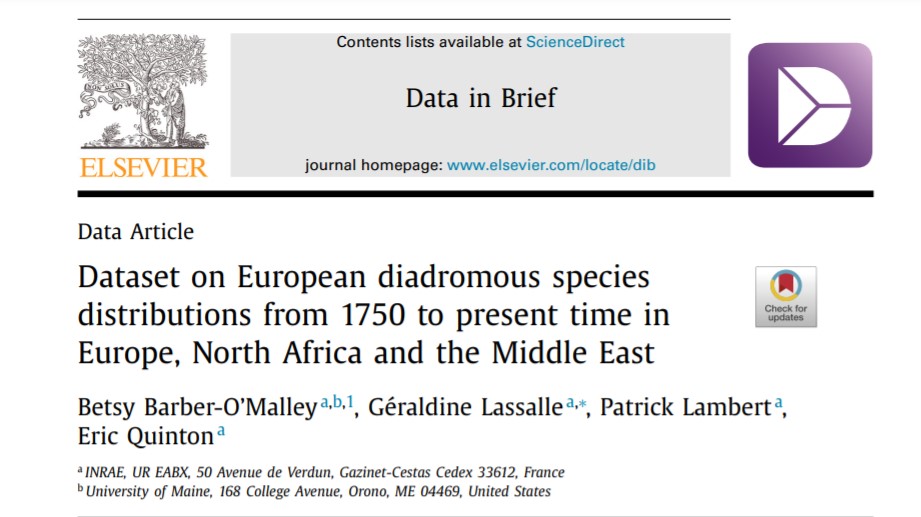 EuroDiad version 4.0 is a data set that contains distribution and life-history trait information for twenty-eight diadromous species and geomorphological data in selected catchments in Europe, the Middle East, and North Africa from 1750 to present time. EuroDiad was originally created in 2005–2006 and underwent subsequent updates. In 2020 it was updated to v 4.0, with the primary goal of providing information for a new generation of species distribution models, referred to as hybrid models, which incorporate both habitat suitability and population dynamics within their framework. Secondary objectives of this update were to: (a) incorporate new catchments for which information was provided by additional experts, (b) validate existing information about the presences or absences of diadromous species and categorize their population functionality within a catchment, and (c) perform data hygiene to prepare the database for broad dissemination. Data for this update were validated by DiadES project partners and local experts, which strengthened the usefulness of EuroDiad, now available for use by the research community.

The paper is available here.