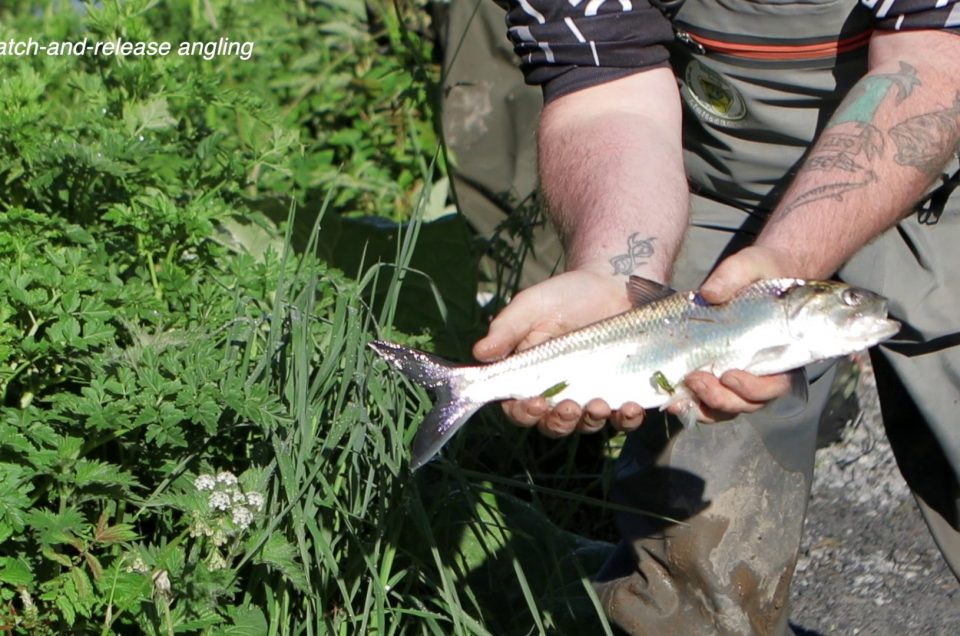 Dispersal is a key mechanism to allow diadromous species to adapt to changes in habitat suitability, but it is often not included in species distribution models that explore population trends under climate scenarios. In a recently published study of DiadES, authors developped a model to estimate potential shifts in diadromous populations in the Atlantic area of Europe under two climate change scenarios and multiple global climate models. To address the question of range-shift responses, a hybrid approach for diadromous species distribution (HyDiaD) was developed that incorporated two components: i) statistical static models of habitat suitability describing the influence of environmental factors on species occurrence, and ii) biological processes relevant for the distribution of the species, such as population demography and dispersal dynamics.

Hybrid models were developed using a novel approach that incorporated both population and between-catchment dispersal dynamics specific to each species. Occupancy data for diadromous species in a subset of Atlantic Area catchments were first validated by regional experts, and boosted regression trees were applied to estimate habitat suitability within each catchment based on historical physical and climatic environmental predictors from the continental and marine domains.

The HyDiaD model was applied to two shad species (Alosa alosa and A. fallax) to explore population trends projected annually from 1951 to 2100. Projected trends indicated that under XXIst century climate scenarios, habitat suitability is expected to increase for A. fallax, but decrease for A. alosa. Projected trends also indicated an increase in the rate of annual variability for A. alosa, particularly in the southern part of its range.